They might not have been natural campers in the beginning, but this family are fans of good ol’ fashioned family fun, tent in-tow.

We really weren’t campers generally,” Maria Sutton says, “we just started doing it for the kids. They think it’s the best thing ever and now we do, too.”

Maria and husband Paul are Canberra locals, and every year they take their kids Max and Leo on a family camping adventure somewhere along the coast. “We started when our first child was maybe one,” she says. “It seemed easy and he really liked being outside so we just kept going and now it’s a yearly family event.” 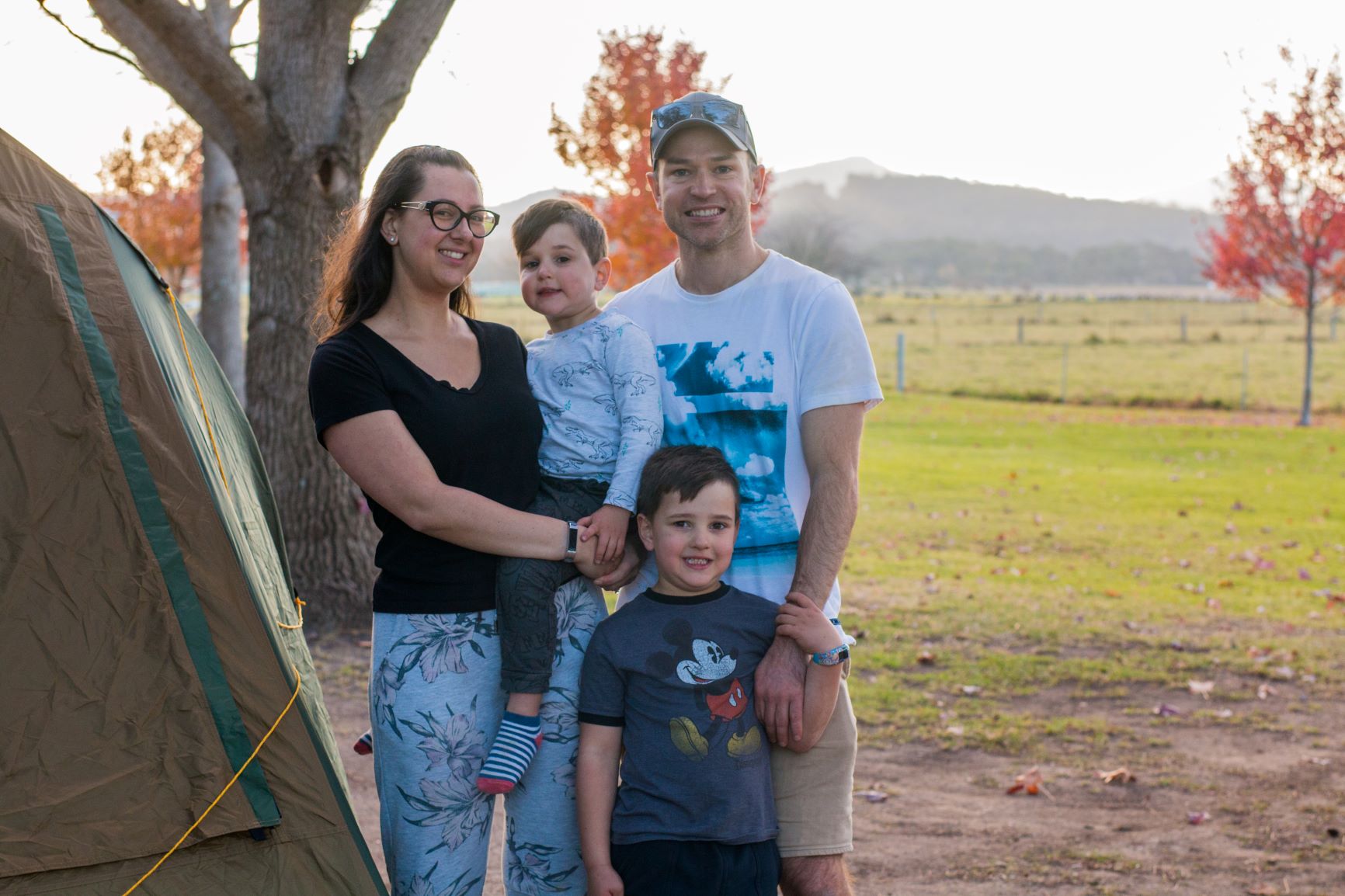 Now, they go with friends and a collection of kids, camping beside each  other and laughing all the way. While the parents set up the tents, the kids are playing on the jumping pillow nearby, coming back occasionally to help hammer in a tent peg as we chat. Maria and Paul say that’s what it’s all about.

“We just love it,” she says. “The kids go off and have fun, and we can still be near enough to them to keep an eye out.”

But it’s not just the kids that get involved in the fun and games at the park either. “We actually all really enjoy playing on the pillows and doing all the kids stuff, too,” she says laughing. “It makes you feel a bit young again and you can have fun with the kids.”

Like many Aussie families, heading away for the weekend or a little while longer can be the break you need to get away from the hustle and bustle of every day life and the seemingly relentless presence of technology. Maria and Paul say getting away to a holiday park, pitching their tent and spending time in the great outdoors does wonders for their little ones.

“The kids love camping and sleeping in a tent…there’s something really exciting and magical about it. They love being outdoors and looking at the stars and the moon and that kind of thing…just enjoying nature and hearing the animals at night when we’re trying to sleep is a bit exciting and a bit different from home, too.” 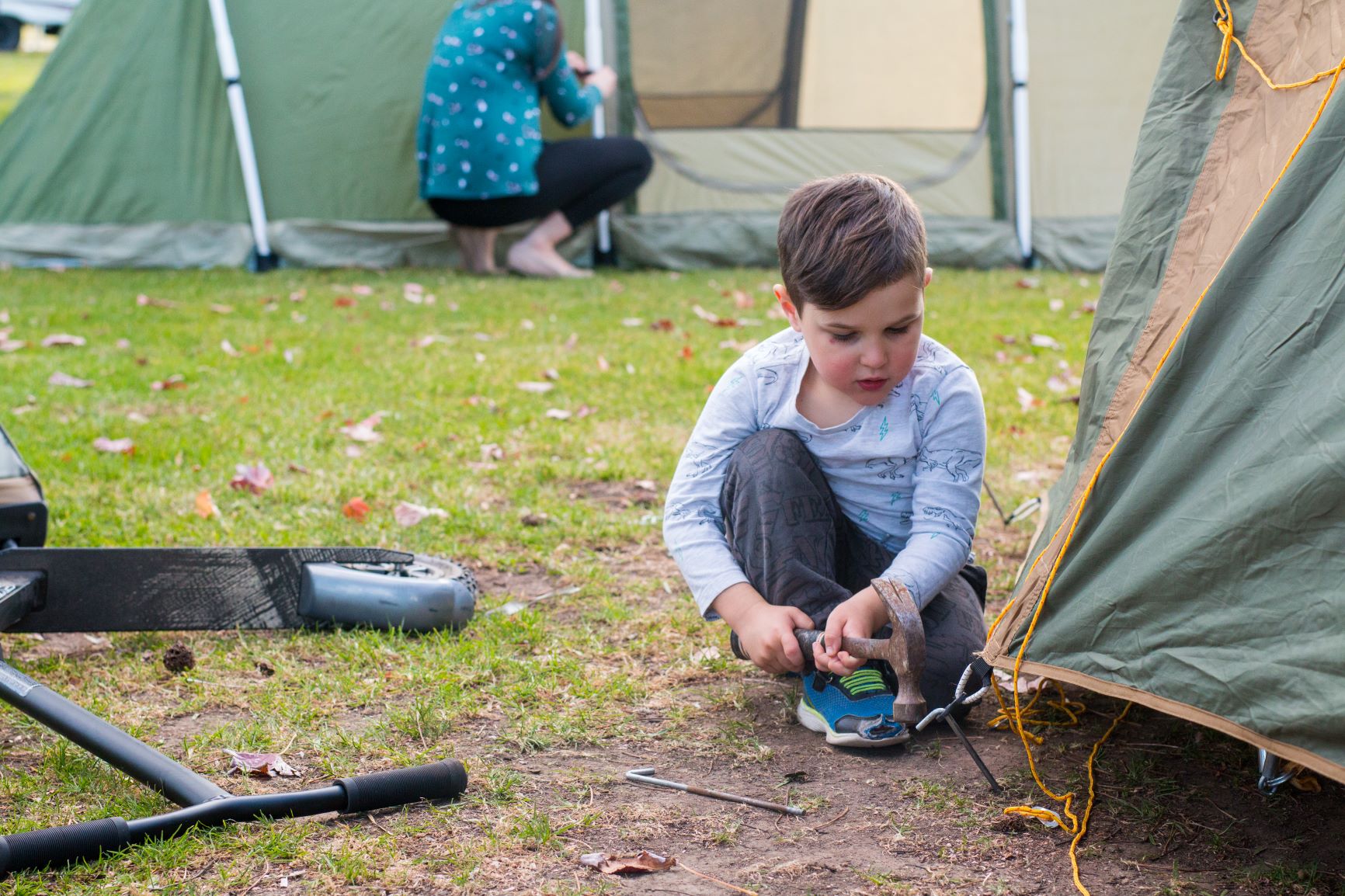 Popular spots for the family include Batemans Bay, Moruya (where we caught up with them at Riverbreeze Holiday Park) and Merimbula. “We love the scenery along the East Coast, and there’s always something to do. We try to get to the beach as much as we can and get out of the cold of Canberra.”

For parents a little scared of when to start taking their little ones, Maria says it’s all about giving it a try. “You just have to take the leap and do it. There’s always a lot of fun things to do in the park and explore around the park with the kids,” she says. “If it doesn’t work out, you can just pack up the car and go back home,” she says with a chuckle.

Without straying too far from Canberra, the Sutton family love their little getaways. Maria says it’s all about finding somewhere relatively close by that’s easy for your camping crew to get to, and has all the amenities you need for your family. “We just take it easy,” she says. “It’s important not to stress too much about organizing. Normally, we just decide a week out and find somewhere and book it. We’re not very organized!”

As we wrap up the interview, they’ve almost set up their home for the weekend. The kids are running from the jumping pillow back to camp, and it’s time to make plans for dinner. Excited faces light up as backpacks are dragged into tents to excitedly see their ‘room’ for the night. It’s the stuff family holiday dreams are made of. 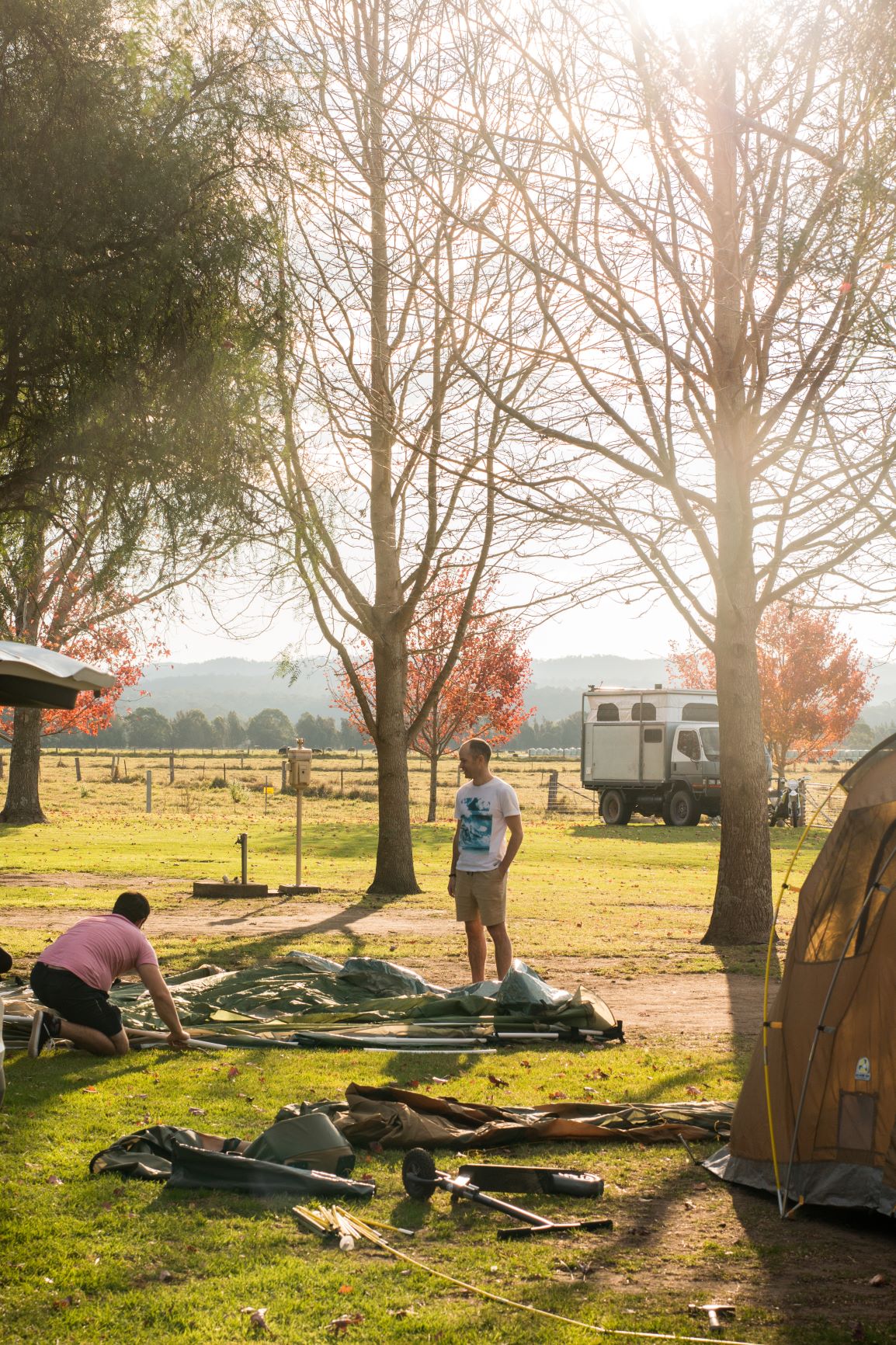